Tips for taking pictures of kids.

When I take pictures of kids, I try to shoot the majority of them at the child’s eye level. Occasionally a top down shot works, but I really like the latter. I also purposely used an iPhone for these images to show that the camera almost all of us share can be used to take some nice images.

Get in close. Kids have awesome facial expressions, full smiles, and look great filling the camera frame. They are not self conscious so placing the camera within feet of them is easy and no big deal.

Spray and pray shooting is where you take a bunch of pictures in a row hoping that one of them turns out to be good. I don’t normally use the technique when taking general pictures, but with kids playing I do, because they are constantly moving and making all kinds of faces. To get the four images used below, I shot around 30 shots.

I’m lucky when it comes to photographing my son smiling because the guy can’t stop grinning! For kids that don’t want to look at the camera I have tried finger puppets and stuffed animals, but a smily person playing peekaboo directly behind you is best.

Critiquing the images below, I personally do not like the ones on the left because they don’t give a sense of location and they feel like I am distant from my son. The right two images give more context and a feeling that we are on his level. My favorite image is the bottom right because it is up close, level with my child, and he is framed nicely in the door frame.

That’s all! I hope you enjoyed this mini photo lesson! 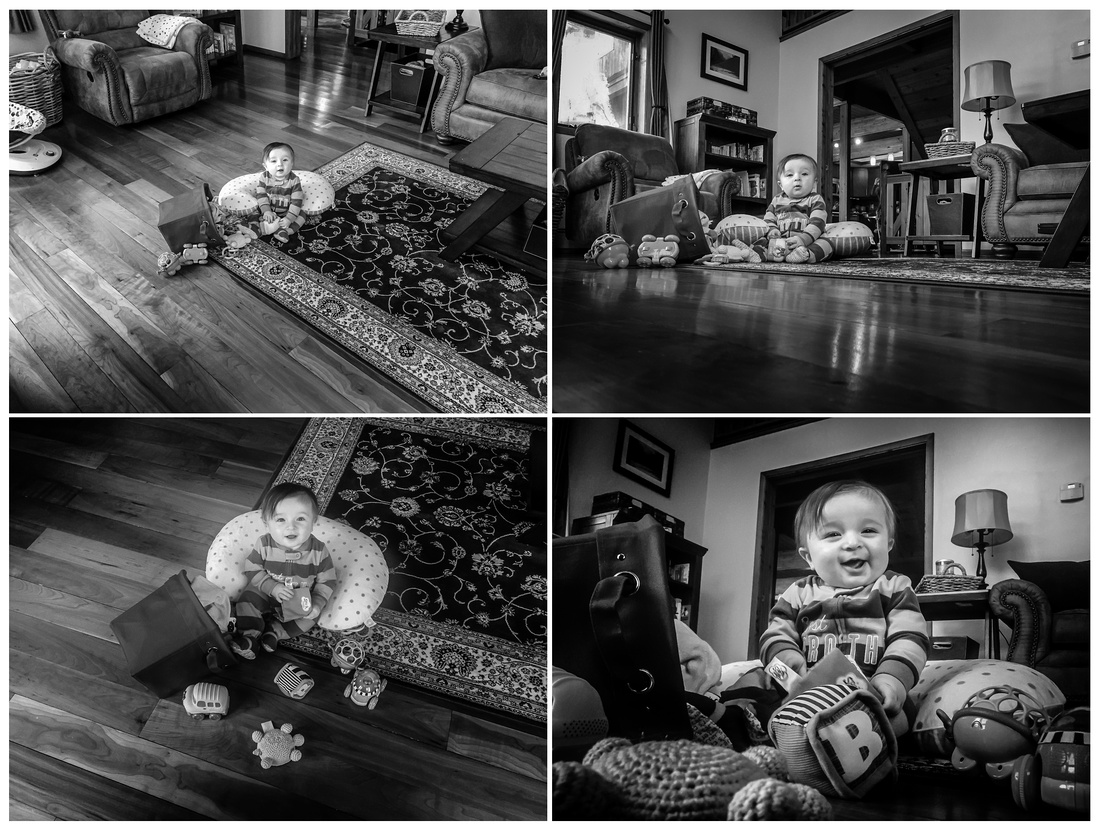